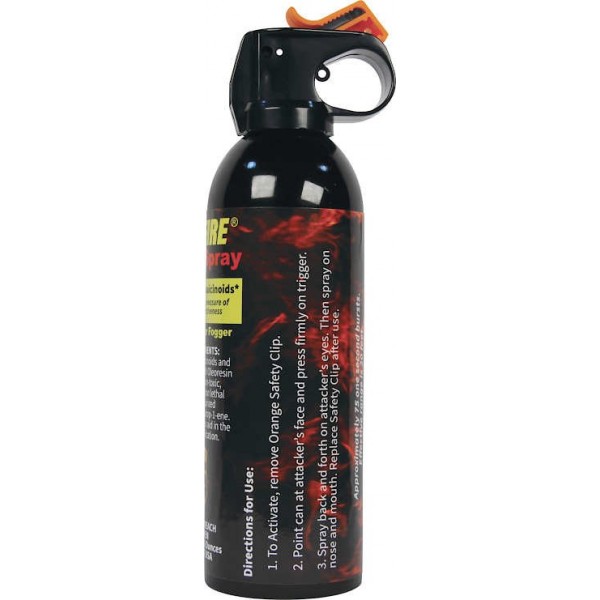 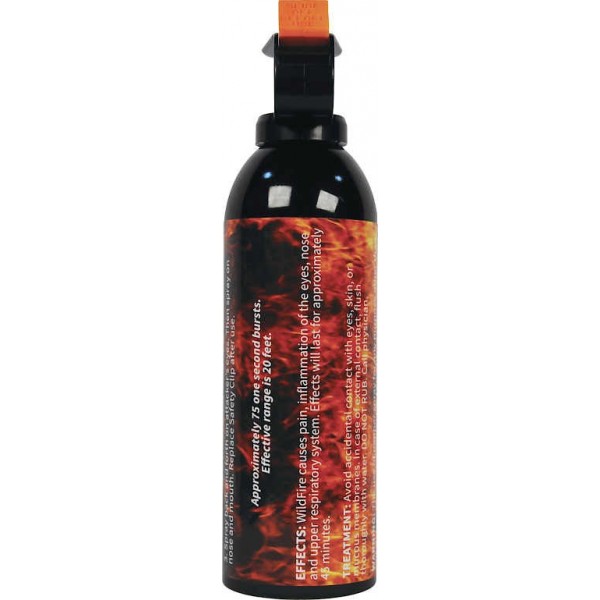 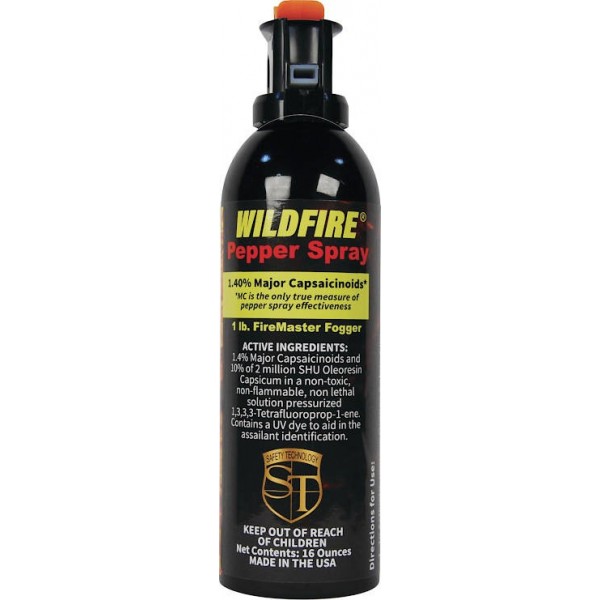 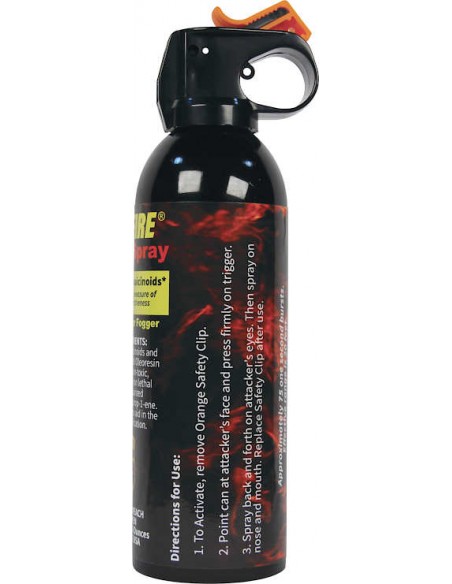 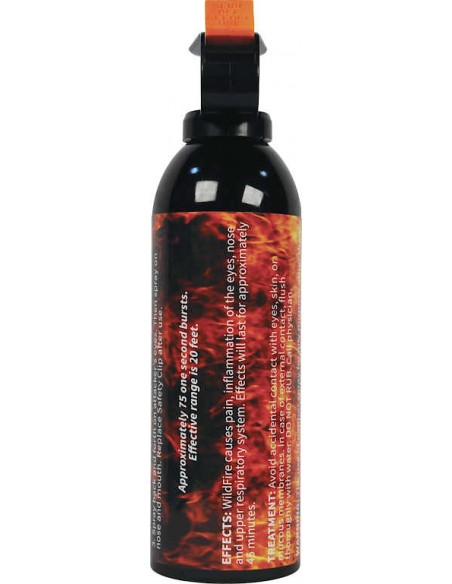 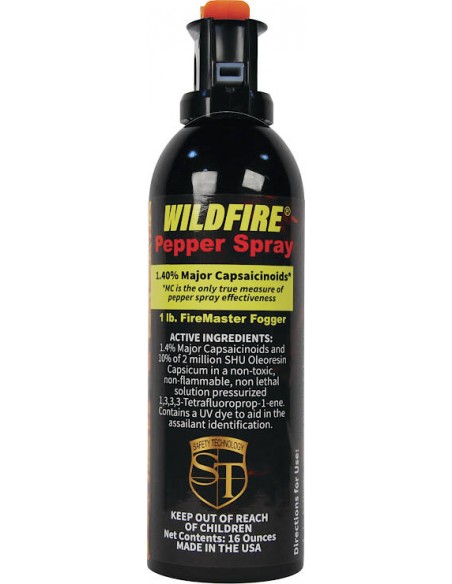 WildFire 1 Pound 1.4% MC Pepper Spray is a big hot fogger spray which is great for crowds.

Contains approximately 75 one second bursts with a range of 20 feet. 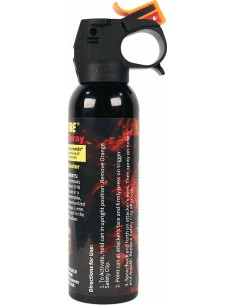 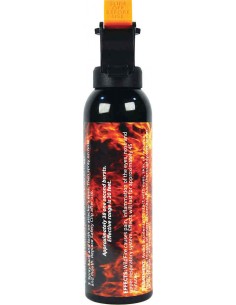 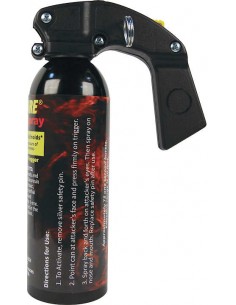 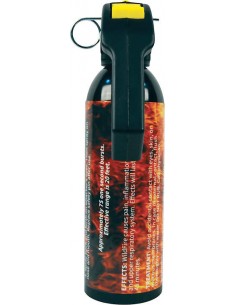